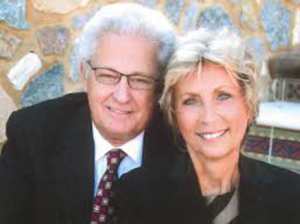 Now that Supreme Court Justice Sonia Sotomayor has denied Hobby Lobby’s application for an emergency injunction protecting them from Obamacare’s HHS Mandate on abortion and birth control, Hobby Lobby has decided to defy the federal government to remain true to their religious beliefs, at enormous risk and financial cost.

Hobby Lobby is wholly owned and controlled by the Green family, who are evangelical Christians. The Greens are committed to running their business in accordance with their Christian faith, believing that God wants them to conduct their professional business in accordance with the family’s understanding of the Bible. Hobby Lobby’s mission statement includes, “Honoring the Lord in all we do by operating the company … consistent with Biblical principles.”

The HHS Mandate goes into effect for Hobby Lobby on Jan. 1, 2013. The Greens correctly understand that some of the drugs the HHS Mandate requires them to cover at no cost in their healthcare plans cause abortions.

Today Hobby Lobby announced that they will not comply with this mandate to become complicit in abortion, which the Greens believe ends an innocent human life. Given Hobby Lobby’s size (it has 572 stores employing more than 13,000 people), by violating the HHS Mandate, it will be subject to over $1.3 million in fines per day. That means over $40 million in fines in January alone. If their case takes another ten months to get before the Supreme Court—which would be the earliest it could get there under the normal order of business—the company would incur almost a half-billion dollars in fines. And then of course the Supreme Court would have to write an opinion in what would likely be a split decision with dissenters, which could easily take four or six months and include hundreds of millions of dollars in additional penalties.

This is civil disobedience, consistent with America’s highest traditions when moral issues are at stake. The Greens are a law-abiding family. They have no desire to defy their own government. But as the Founders launched the American Revolution because they believed the British government was violating their rights, the Greens believe that President Barack Obama and Secretary Kathleen Sebelius are commanding the Greens to sin against God, and that no government has the lawful authority to do so.