Billionaire Donald Trump says the U.S. economy is poised for “massive inflation” and is warning investors to take steps now to protect themselves.

In the gripping CNBC interview, Trump also told investors they should not trust official government statistics.

He even questioned the “official unemployment” numbers. “It’s over 20 percent. It’s not 8.3 percent,” Trump said. 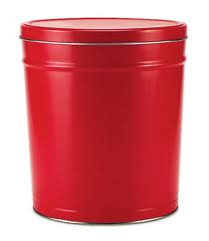 Tin can with friction lids

I have recently spent more time on EMP research and testing and have come to several conclusions.  The way I am now testing my Faraday cages is by placing a cell phone inside and seeing if it will ring.  This has lead to some interesting results.  The first thing I found was that the use of a microwave oven for a Faraday cage is very questionable.  They will not block a cell phone transmission.
A 50 cal military ammo can lined with styrofoam with the rubber seal still intact was successful in blocking cell transmissions.  I have always been told to remove the seal or it won’t work.  Another thing that I tried was a tin can with a friction type lid lined with a non-conductive material, similar to the cans you buy popped popcorn in.  These worked well.  You may want to sand the inside of the lip of the lid to make sure you get good contact.

What is EMP (Electromagnetic pulse)

In today’s world we have come to depend upon all of our electronic toys.  Without them society would be in chaos, the power grid will collapse, most vehicles will stop, and computers will not function.   Most people today have no idea of what the effects of a high-altitude electromagnetic pulse (HEMP) device would be.
An electromagnetic pulse (sometimes abbreviated EMP) is a burst of electromagnetic radiation that results from an explosion (usually from the detonation of a nuclear weapon) and/or a solar flare.  The resulting rapidly changing electric fields or magnetic fields may couple with electrical/electronic systems to produce damaging current and voltage surges.
In military terminology, a nuclear bomb detonated hundreds of kilometers above the Earth’s surface is known as a high-altitude electromagnetic pulse (HEMP) device. Effects of a HEMP device depend on a very large number of factors, including the altitude of the detonation, energy yield, gamma ray output, interactions with the Earth’s magnetic field, and electromagnetic shielding of targets.

These Charts Showing What People Are Searching on Google are Worrisome

You can learn a lot about what‘s on people’s minds by knowing what information they are searching for on the Internet. So what are people all across the globe searching for in droves? “Bank run.”

Let’s make Sunday a day of rest, for God’s sake

Spiritual disciplines are the habits we keep that connect us to God. They come from the Jewish conviction that action shapes and reveals what we ultimately believe. Our faith might come and go, but our actions should never waiver. This can be true for people of all faith claims.
We dance in rhythm with God when we keep the Sabbath. The reason we are called to take a day of rest is simple. Humans tend to forget that we did not make the world and thus, that the world does not depend upon us.

A community leader is asking neighbors for help in his battle against restaurants that serve Sunday brunch outdoors before noon.

The community leader leading the charge in the War on Brunch is recruiting Greenpoint residents to tattle on restaurants that serve diners outdoors on Sundays before noon.
Community Board 1 public safety chairman Tom Burrows asked neighbors to join his fight and help monitor illegal brunching activity at a 94th Precinct council meeting in Greenpoint on Wednesday.
“If you see restaurants serving brunch on the sidewalk before noon, call 311!” said Burrows — who has come to play the role of General Patton in the escalating conflict. “I didn’t pass the law, but that’s the law.”
Department of Consumer Affairs inspectors — deployed after requests from CB1 members — began cracking down on restaurants that serve food and drink outdoors before noon on Sundays in violation of a rarely enforced city blue law that has prohibited the practice since 1971.

Despite ‘tensions,’ Catholics and administration working together

While the words “Obama administration” and “Catholic” have been used together in recent weeks frequently to only highlight discord between the executive branch and the U.S. bishops over the administration’s mandate requiring coverage of contraceptives in health care plans, federal funding figures may tell a different story.
It’s a story of “partnership” and of the “deep respect” the president has “for the work of Catholic organizations around the country that are serving people and are helping the most vulnerable,” says one senior White House official.
Speaking in an exclusive phone interview late last week, Joshua DuBois, head of the White House’s Office of Faith-Based and Neighborhood Partnerships, pointed to the administration’s efforts to help funnel funds — estimated by the White House to total some $1.5 billion since 2008 — to agencies like Catholic Charities and Catholic Relief Services in evincing that partnership.

Famine in America? Why 99% of the U.S. Is in Danger of Starvation

Nearly everyone recognizes that the U.S. may be in for very hard times in the near future. Some economists are predicting financial collapse as catastrophic as the Great Depression. With a significant number of people now living in cities, far away from their food sources, one may be left to wonder if the degree of famine this time around may result in the starvation of the roughly 240 millionn Americans who are incapable of growing their own food.The idea isn’t as farfetched or alarmist as it may seem at first glance. At the turn of the 20th century, more than fifty percent of the American labor force earned a living through direct involvement in agriculture, but this number decreased to just 2% by the year 2000. Even more frighteningly, only .8% of Americans are involved in the industry full-time.This transition is a distressing one indeed. While demographic shift from rural to urban lifestyles may seem like a blessing to many who loathe the hard labor associated with rural, agrarian life, it may spell disaster for those who are struggling through life in the Big City, hundreds or even thousands of miles from their food sources.During the Great Depression, formerly wealthy executives stood in line for hours waiting in ragged clothes for a hand-out of hot soup, while the rural “poor” went about life as usual, barely noticing the Depression. Survivors of the Depression who lived in agrarian regions often joked that they were “too poor to notice the stock market crash”, but they were, in fact, better off than the majority of inner-city workers in that they never went hungry. As a result of this, the one-half of Americans with access to their own home-grown foods were exempt from the horrors of the Great Depression.

Facebook and other social platforms are watching users’ chats for criminal activity and notifying police if any suspicious behavior is detected, according to a report.
The screening process begins with scanning software that monitors chats for words or phrases that signal something might be amiss, such as an exchange of personal information or vulgar language.
The software pays more attention to chats between users who don’t already have a well-established connection on the site and whose profile data indicate something may be wrong, such as a wide age gap. The scanning program is also “smart” — it’s taught to keep an eye out for certain phrases found in the previously obtained chat records from criminals including sexual predators.
If the scanning software flags a suspicious chat exchange, it notifies Facebook security employees, who can then determine if police should be notified.

They began to bend in the roaring wind, then their steel girders snapped like twigs, the towers toppled and the lights went out.
Minutes before the windstorm arrived to pummel the Washington area on June 29, it swept east through West Virginia, crushing three electrical transmission towers that are a tiny part of an intricate power grid that’s supposed to keep the lights on in America.
The term “grid” suggests a certain uniformity to the power system’s structure, but the network more closely resembles a patchwork quilt stitched together to cover a rapidly expanding nation.