Santorum: Separation of Church and State Not ‘Absolute’

This interactive map might prove useful in your search for a retreat.

Here in the United States, growing numbers of people can’t afford that most basic of necessities: food.
More Americans said they struggled to buy food in 2011 than in any year since the financial crisis, according to a recent report from the Food Research and Action Center, a nonprofit research group. About 18.6 percent of people — almost one out of every five — told Gallup pollsters that they couldn’t always afford to feed everyone in their family in 2011. 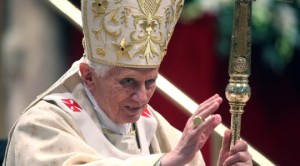 Trade unions across Europe held small protests March 4 calling for governments to force companies and shops to shut on Sunday, as Catholic preachers supported the campaign from the pulpit.

Gallup has released another one of its trademark surveys, this time exploring which states are the “most” and “least” religious.
Is it any surprise that, according to Gallup, the majority of those who identify themselves as “very religious” come from the Southern states (the “Bible Belt”)?

WASHINGTON – As scientists warn of an impending solar storm between now and 2014 that could collapse the national power grid, thrusting millions into darkness instantly, a debate has flared up between utilities and the federal government on the severity of such an event.Continue reading

Most people think of a cashless society as something that is way off in the distant future.  Unfortunately, that is simply not the case.  The truth is that a cashless society is much closer than most people would ever dare to imagine.  To a large degree, the transition to a cashless society is being done voluntarily.  Today, only 7 percent of all transactions in the United States are done with cash, and most of those transactions involve very small amounts of money.  Just think about it for a moment.  Where do you still use cash these days?  If you buy a burger or if you purchase something at a flea market you will still use cash, but for any mid-size or large transaction the vast majority of people out there will use another form of payment.  Our financial system is dramatically changing, and cash is rapidly becoming a thing of the past.  We live in a digital world, and national governments and big banks are both encouraging the move away from paper currency and coins.  But what would a cashless society mean for our future?  Are there any dangers to such a system?
Those are very important questions, but most of the time both sides of the issue are not presented in a balanced way in the mainstream media.  Instead, most mainstream news articles tend to trash cash and talk about how wonderful digital currency is.

There’d be plenty of water, if only our fastest-growing cities weren’t in deserts. We’ll need creative fixes, fast 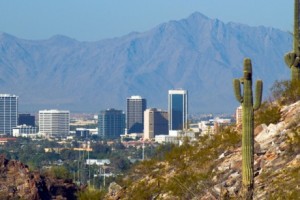 In January, the town of Spicewood, Texas, ran out of water. It’s a scenario virtually unheard of in modern America, but the state’s worst drought in half a millennium changed that. Now, four times a day, a 7,000-gallon truck rolls into town, a sort of liquid life-support system that’s the only thing preventing a full-scale evacuation.
That’s not going to work in Las Vegas. Nevertheless, Vegas’ main water source, Lake Mead, is nearly tapped out. The water level there will soon drop below one of the city’s two pipelines. So they’re building a third pipe, except this one will come up from underneath the lakebed, like a drain. Even that may not be enough — Lake Mead could be empty as early as 2021. So the city has hatched a scheme for a 300-mile pipeline that will siphon water from the eastern half of the state to the Strip. And if that plan doesn’t work …

25 Signs That A Horrific Global Water Crisis Is Coming

Every single day, we are getting closer to a horrific global water crisis.  This world was blessed with an awesome amount of fresh water, but because of our foolishness it is rapidly disappearing.  Rivers, lakes and major underground aquifers all over the globe are drying up, and many of the fresh water sources that we still have available are so incredibly polluted that we simply cannot use them anymore.  Without fresh water, we simply cannot function.  Just imagine what would happen if the water got cut off in your house and you were not able to go out and buy any.  Just think about it.  How long would you be able to last?  Well, as sources of fresh water all over the globe dry up, we are seeing drought conditions spread.  We are starting to see massive “dust storms” in areas where we have never seem them before.  Every single year, most of the major deserts around the world are getting bigger and the amount of usable agricultural land in most areas is becoming smaller.  Whether you are aware of this or not, the truth is that we are rapidly approaching a breaking point.
If dramatic changes are not made soon, in the years ahead water shortages are going to force large groups of people to move to new areas.  As the global water crisis intensifies, there will be political conflicts and potentially even wars over water.  We like to think of ourselves as being so “advanced”, but the reality is that we have not figured out how to live without water.  When the water dries up in an area, most of the people are going to have to leave.
And yes, it will even happen in the United States too.  For example, once Lake Mead dries up there is simply no way that so many people are going to be able to live in and around Las Vegas.
Right now, most of us take for granted that we will always have access to an unlimited amount of clean water.
But when you take a hard look at the data, it quickly becomes clear that everything that we have always taken for granted about water is about to dramatically change.

When Trucks Stop, America Stops (A MUST READ )

Commercial truck traffic is vital to our nation’s economic prosperity and plays a significant role in mitigating adverse economic effects during a national or regional emergency. Our economy depends on trucks to deliver ten billion tons of virtually every commodity consumed—or nearly 70 percent of all freight transported annually in the U.S. In the U.S. alone, this accounts for $671 billion worth of goods transported by truck. Add $295 billion in truck trade with Canada and $195.6 billion in truck trade with Mexico and it becomes apparent that any disruption in truck traffic will lead to rapid economic instability.
The unimpeded flow of trucks is critical to the safety and well-being of all Americans. However, it is entirely possible that well-intended public officials may instinctively halt or severely restrict truck traffic in response to an incident of national or regional significance.